Patrice Endres and her son, Pistol.

At noon on April 15, 2004, two of Patrice’s regular customers arrive at Tamber’s Trim ‘n Tan Salon for their scheduled appointments. The owner and hairstylist, Patrice, is nowhere to be found. Her purse and keys are on the desk, her lunch is still warm in the microwave, and her car is parked at an odd angle in front of the salon—not in its usual place. When they see the cash drawer is empty, the two women know something is seriously wrong, so they call 911. The search for Patrice begins immediately.

Owning a hair salon was Patrice Endres’ dream come true. Her husband Rob, helped her purchase and remodel it to perfection. After she disappears, Rob is devastated and claims he doted on Patrice and loved her with all his heart. Patrice’s son, family, and friends disagree. They claim he was jealous, possessive, and controlling, and Patrice was getting ready to divorce him. The already-strained relationship between Rob and his step-son, Pistol, totally disintegrates with the disappearance of Patrice. 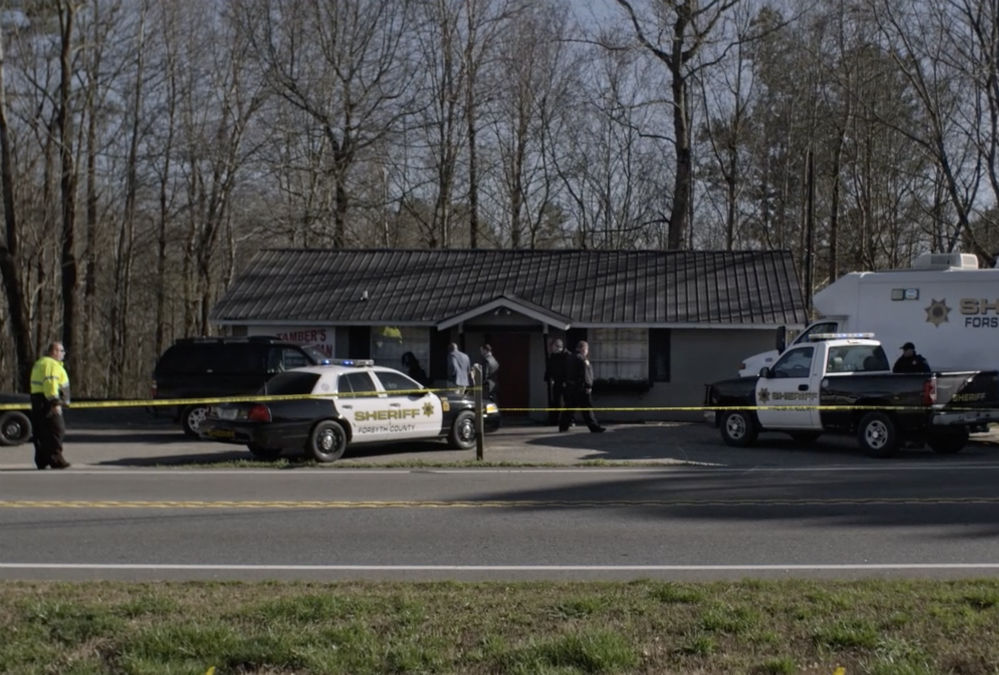 Patrice disappears from her salon, and the search for her begins immediately.

Though her family hopes and prays that Patrice will return, her disappearance has all the signs of an abduction. Police, family, and friends comb the area for weeks. Investigators create a timeline based on Patrice’s customers that day, and her cell phone calls, and identify a narrow 13-minute window of time when the abduction took place.

Rob has an airtight alibi, yet he falls under suspicion because he knew Patrice’s schedule and would have known that she would be alone during those 13 minutes. Some believe Rob kidnapped and killed his wife because their marriage was unraveling. Rob denies this, saying they were happy, Patrice was totally devoted to him, and she was the love of his life.

Months after Patrice disappears, serial killer Jeremy Jones, confesses to abducting and killing Patrice, and seems to know details about the crime that only the kidnapper could know. When he later recants his confession, some investigators cross him off their list of suspects. Yet one detective remains convinced that it was Jones who abducted and murdered Patrice. Two years after her disappearance, Patrice’s remains are found in the Dawson Forest.

Almost two years after she vanished, Patrice’s skeletal remains are found behind a church in Dawson Forest, Georgia, about 11 miles from her salon. This area is notorious as the location where another serial killer, Gary Hilton, disposed of the body of a young female hiker. Hilton becomes a prime suspect, but evidence does not connect him to Patrice’s murder.

With several compelling suspects, but not enough evidence to bring charges, investigators need someone with one clue or any vital information to help solve the baffling abduction and murder of Patrice Endres.