When the famous mystery writer went missing for three weeks in 1926, her husband became a suspect in her disappearance. 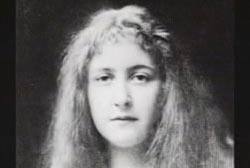 Agatha Christie is the best selling mystery writer of all time, with over 2 billion books sold. However, at age 36, Agatha suddenly disappeared, only to become the central character in a real crime investigation.

On the morning of December 4, 1926, in Newlands Corner, England, Agatha Christie’s car was found abandoned, about an hour’s drive from her home. It appeared she had vanished into thin air. Some suspected the worst; that her husband Archie had done her in. The story caused a sensation. How could one of the best known women in England simply disappear?

She was born Agatha Miller in 1890 and raised in the wealthy upper middle class of English society. When Agatha was 24, she married Colonel Archibald Christie, a handsome pilot in the Royal Flying Corps. Though many opposed the marriage, Agatha and Archie married on Christmas Day of 1914. Archie was immediately sent off to war.

While Archie was fighting in France, Agatha launched her writing career, creating the famous Belgian detective, H. Hercule Poirot. Each book Christie wrote had slightly better success than the one before. Until her fifth one, The Murder of Roger Ackroyd. It was her first big hit. 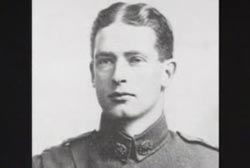 In 1926, twelve years into their marriage, Agatha, Archie, and their young daughter Rosalind, moved into a mansion. They called it Styles, after Agatha’s first novel. Archie was now a successful investment banker.

Later, in 1926, Agatha’s mother, Clara, died. Agatha fell apart. She took Rosalind to the home where she had grown up to sort through her mother’s things. Though the move was temporary, it dragged on and on and Archie stayed away. Meanwhile, Agatha fell into a deeper depression. When Archie did finally come to visit, he brought bad news. Archie had become involved with a woman named Nancy Neal, and he wanted a divorce. 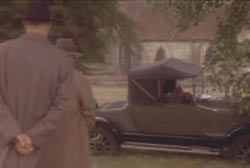 In a last ditch effort to save her marriage, Agatha took Rosalind and moved back home. Then, on December 3, 1926, Archie took off alone, saying he was going to a weekend house party, most likely a rendezvous with his mistress.

According to different reports, either around 9:30 or 11 o’clock that night, Agatha left the house, visibly upset. The maids were alarmed when they saw her leave with a small travel bag and fur coat. Agatha left a note to her secretary and asked that all her weekend appointments be canceled. Another note, of unknown content, was addressed to Archie.

The next morning, Agatha’s abandoned car was found just an hour’s drive from Styles. It had simply gone off the side of the road. 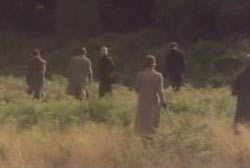 Teams of people searched for her body

Archie Christie was tracked down at Archie’s house party. He had the unfortunate timing to meet with authorities just as they were beginning to suspect foul play. The search for Agatha had begun. A nearby pool called Silent Pool, which Agatha had used in one of her previous stories, was dragged at least twice. And ordinary citizens joined the army in a ground search of the surrounding areas. Quickly, the press spun Christie’s disappearance into a tail of murder, suicide, and infidelity.

Gradually, eyewitnesses came forward to describe encounters they had with Agatha before she disappeared. The first was Earnest Cross, who was walking to work on the morning of Agatha’s disappearance. Cross said Agatha seemed upset. She wore only a thin dress, despite the cold weather. According to Cross, Agatha drove off into the opposite direction from Newlands Corner, the village where her car would later be found. Two railroad porters also spoke with Agatha outside the station and thought that she had boarded a train. 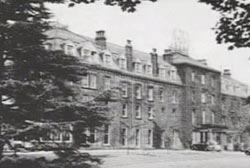 Agatha was found 200 miles away at a spa

Eleven days after Agatha Christie had been reported missing, she was seen at an elegant spa, 200 miles from her home. She was registered under the last name Neal, the same name as Archie’s mistress. The chief inspector wasted no time bringing Archie up to the spa.

For reasons known only to herself, Agatha at first identified Archie as her brother, not her husband. Soon after they were reunited, Archie and Agatha quickly left. They would never make a comment about Agatha’s mysterious disappearance. The press concluded that Agatha had suffered from amnesia. But experts, like author Gillian Gill, have their theory:

“I believe that Christie had a definitive and terrible fight with her husband. It drove her over the edge. She had been depressed, now she becomes on some level psychotic. She is not herself. She takes on another identity. She wanders off. She gets on the train. She takes another name. She goes into this hotel and she lives another life. That’s very, very, very rare, but it’s known. It’s documented in the annals of psychology. And we know that Agatha Christie was an unusual woman.”

Others, like Author Gwen Robyns, think it was a publicity stunt:

“I think she plotted and planned it from the start. She would use the media to push the only thing she knew, which was revenge, mystery, and the possibility of murder. She checked in to this hotel under the name Neal, her husband’s girlfriend’s name. I think it’s just madly funny. I think she took endless delight in the fact that the police shadowed Archie. He couldn’t go anywhere because they suspected him of murdering her. And I think she took marvelous delight in reading this in the papers. Again, I think in a sort of revenge and twisted up sort of way, she was thinking it was very funny.”

After that, Agatha and Archie soon went their separate ways. Agatha married archaeologist Max Mallowan in 1930, two years after Archie had wed Nancy Neal. By all accounts, both couples had long, happy marriages.