Did a successful accountant hire a hit man to kill his wife? 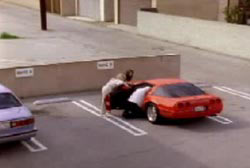 Anita was found dead in her car

On October 25, 1990, Anita Green was shot once through the head while waiting in the parking lot of her husband’s accounting firm in North Hollywood, California. After two days in a coma, she died. Now Anita’s friend, Michele Samit, who has written a book about Anita’s murder, believes the same man has targeted her:

“The knowledge that this guy’s out on the streets terrifies me every day, whether it’s the person I think did it or not, because any person who did it knows that I know a lot about this case that they don’t want me to know.”

This is a chilling story of two innocent women—one of them murdered, the other apparently stalked. The saga began in 1974 when Anita Green met her husband. At the time, Anita worked as a bookkeeper in Mel Green’s accounting firm. Both were married to other people. After nearly seven years, they left their spouses to wed one another. Michele Samit was shocked—not only because Mel weighed more 500 pounds, but also because he convinced Anita to sign an outrageous prenuptial agreement:

“Basically, there was a provision in it that he wore the pants in the family and he was the supreme boss, the god, the absolute ruler. And if they ever had a disagreement, he’d automatically win just because of that rule.” 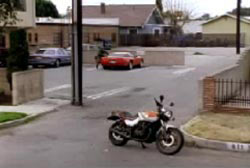 The marriage was difficult for Anita and she became active at her synagogue as a much needed refuge. Most of the time, Anita made excuses for her husband. But according to Michele, she occasionally let her guard down:

“She’d say she was afraid of her husband, but then she said, ‘Oh, you know Mel’s just a loudmouth. He likes to hear himself talk. He’s a blowhard. He’s not really going to do anything to me.’ She had all the classic symptoms of an abused woman—thinking they were in control, thinking they knew what they were doing, but really frightened and scared.”

Eventually, Anita was elected president of the synagogue. As a result, she and her rabbi spent a lot of time together, eventually becoming romantically involved. When Anita asked Mel for a divorce, he was furious. But despite his bitterness, Mel Green insisted that Anita continue to work at his accounting firm. Anita’s attorney, Janis McDonald, handled their divorce proceedings:

“Mel was inconsistent. One minute, ‘I don’t need you. You’re not worth anything.’ The next minute, he’d absolutely be insistent she had to work for him.”

Throughout the divorce proceedings, Green bombarded Anita and her lawyer with threatening letters. Only after Anita was murdered were the letters turned over to the Los Angeles Police Department. Detective Ray Hernandez was the lead investigator on the case:

“Melvin Green did send some letters where he threatened to kill Anita Green. In my mind, it gave more credence to him being involved in her shooting.”

Detective Hernandez found three different witnesses to Anita’s murder. One was a man who worked across the street from Green’s firm. According to Detective Hernandez, the witness observed Green emerge from the building minutes before Anita drove up in her red Corvette:

“That’s a door that is not used very often. So it was unusual to this witness across the street to see this. After he observed Melvin Green looking, he observed Anita Green turn the corner closely followed by a motorcycle.” 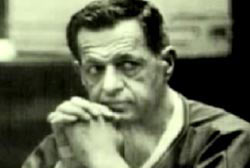 Melvin Green was tried and convicted

A second witness was working on a nearby roof. According to Detective Hernandez, this person saw even more:

“And what caught his attention was he heard a motorcycle arrive, parked on the wrong side of the street. He observed the individual approach Anita Green, fire one shot, immediately ran to his motorcycle, and at a high rate of speed, go northbound on the street.”

Finally, a third witness helped police come up with a composite drawing. The witness had seen the motorcyclist without his helmet on just after Anita’s murder. Investigators now began to suspect that Green had hired a hit man to kill his wife. Their suspicions increased when they heard about Green’s behavior at the hospital. Only moments after Anita died—with her body still in the room—Mel reportedly had a bizarre exchange with Anita’s friend, Phyllis Baltin:

“He was talking about how much weight he had lost and how good he looked. It was absolutely nauseating. There was not one moment of remorse, not one tear shed. He was as talkative as if she was wide-awake and sitting there watching us.”

The day after Anita was shot, Detective Hernandez tried to interview Green at his office. Green refused to cooperate but the investigation continued. According to Detective Hernandez, the scenario of Anita Green’s murder began to gel:

Ultimately, Mel Green was arrested for conspiring to kill his wife, even though there was no physical evidence that he had hired someone to shoot her. On March 4, 1992, a jury convicted Green of first-degree murder and sentenced him to life in prison without the possibility of parole. In May of 1992, Michele Samit visited Mel Green at the Los Angeles County Jail, where he was awaiting transfer to a state prison. Against his lawyer’s advice, Green had agreed to be interviewed for her book. Michele conducted the interview with an open mind:

“I started to listen to him. And for the first weeks of our visits, I wasn’t certain of anything anymore. But as our visits continued, Mel himself made me more certain of his guilt than ever before.”

Michele continued her investigation, but one thing nagged at her. How and when had Mel paid the hit man? Michele claimed she uncovered evidence that Green sold off a $30,000 coin collection just three weeks before Anita was murdered. Michele told the police about her discovery and continued to interview Green. Then, according to Michele, one of their subsequent interviews was interrupted by an unusual visitor:

“Mel had visitors come every day during our visits. My visits were all day long. Mel had never asked me to leave during his visits before, and that alone I thought was unusual. And I went downstairs and went into my car. I knew I’d have about a half hour until this guy came out. My mind started to run away with me that this guy looked a lot like the police composite of Anita’s shooter.”

According to Michele, when the visitor left, he got on a motorcycle which fit the description of the one driven by Anita’s killer:

“When I went back to the jail, I made a very stupid mistake. I said to Mel, ‘I’ve got this theory.’”

Michele claimed that when she told Green her suspicion that he hired the motorcyclist to kill Anita, Green threatened her:

“I knew Mel liked to talk like that. This is just a blowhard, just a man talking. Then I realized, ‘God, how stupid can you be, Michele?’ That’s exactly what Anita said, and she’s dead.”

The next day, June 17, 1992, Melvin Green was transferred to a prison east of San Diego. From there, he sent a stream of frightening letters to Michele:

Michele said that over the next few months, someone began to stalk her. The front gate to her house was ripped from its hinges. The house itself was vandalized. And finally, Michele says that an unidentified man hit her in the face, breaking her nose:

“A lot of that has stopped now that the book has come out. But of course, you always live your life fearing what you’ve uncovered might lead to some potential danger for your family.”

Michele Samit believed the man she saw visiting Green in jail was the same man pictured on the police composite. He had blond hair, dark eyes, a muscular build, and may own a red or maroon Suzuki motorcycle. Investigators think Michele’s theory concerning the gunman has merit and they are anxious for new leads about his identity.