Was it self defense or murder? 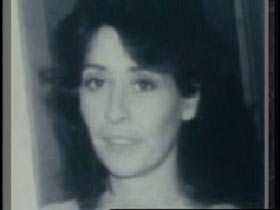 Gender: Female
Height: 5’6”
Weight: 145 lbs.
Remarks: She may be living in Oregon or Arizona under the alias Andy Hayes or Andy Partlowe 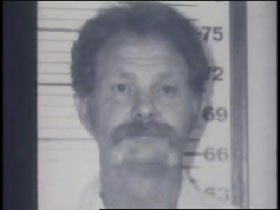 Charlie Sigmin loved children.   And when he fell in love with Ann, he also fell in love with her two boys.   He wanted the best for his new family, and shortly after his marriage, Charlie sold his small house and moved Ann and her children to a nine-acre truck farm.   Charlie named the farm after his and Ann’s initials, “C and A’s”, a name that he felt symbolized his happy marriage.

But during the summer of 1986, Charlie began to suspect that Ann was seeing another man.   According to Charlie’s friend, Charlie Igleheart, Charlie had been watching her for some time:

“She had disappeared one night.   Had come back and then he woke up another night and she was gone. She wasn’t in the house.   He saw a light under the door of their refrigerated little shed they kept their vegetables and stuff in.   He went out and opened the door and she was sitting on the floor in a negligee, about half naked.   She had a semi-circles of candles around her and a poster of a Satan-like figure on the wall, was chanting, which he didn’t understand.   And they had a confrontation.   They went into the house and he didn’t go any further than that.   I didn’t ask.”

Three weeks earlier, Charlie had found a doll in their bedroom.   Ann told him she used it in her witchcraft rituals.   Charlie was disturbed by Ann’s behavior and demanded she move out.   She went to nearby Caruthersville, Missouri, to live with Garey Goff, a truck driver who had once been a policeman.   Ironically, Charlie had known Garey since childhood.   But most upsetting to Charlie was that Ann had taken her two children with her.   These events took their toll on Charlie.   He became depressed.   He missed his wife and her two boys. He still talked to Ann occasionally, and according to some friends, had received threatening calls from Garey. 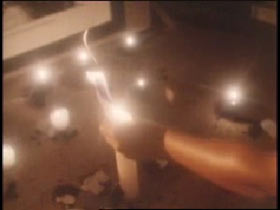 Was Ann a satan worshipper?

Then, on the night of October 19 th , 1986, Charlie was with an old friend at home when he received a phone call from Ann.   Charlie’s friend, who wished to remain anonymous, recalled their conversation:

“She said that the two boys were crying after him.   She was threatening suicide and he said that he had to go up there and see what was happening.   He said I could be getting set up here.”

Charlie reluctantly agreed to drive to Ann’s.   According to his friend, Charlie was quite sober.   He thought of taking a pistol along, but reconsidered.   Then, at 3:20 AM, that same night, Caruthersville Police received a frantic phone call from Ann–Charlie had been shot.   Gary Hilburn of the Caruthersville Police Department was one of the first officers to arrive on the scene:

“The house was torn apart.   It must have been a bad struggle in there.   There was blood all over the door and the walls and there were a couple bullet holes in the walls and one in the door…   And there were seven bullet wounds in the body.”

Two guns were found.   A .32 caliber revolver was lying on the floor, and a .25 caliber pistol was on top of the TV.   Both had been fired.   In addition, a bloody iron had been placed in a wastebasket in the kitchen. 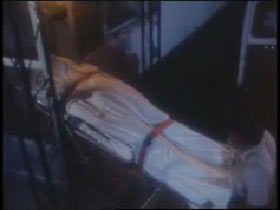 Charlie Sigmin was shot to death

Garey and Ann were interrogated at length.   Garey Goff described struggling with Charlie, hitting him with the iron, and firing all seven of the shots.   Ann corroborated Garey’s testimony, but did admit to handling the .25 caliber pistol.   She claimed that Charlie came to the house in a drunken rage and demanded to be let in.   When Ann refused, he forced himself into the house.   Ann maintained that once inside, Charlie began beating her severely, until Garey Goff came to her rescue.   Though Garey had a broken arm from an earlier incident, he fought with Charlie, then shot him five times.   He fired two more shots with the .25-caliber pistol.   Finally, Charlie collapsed.

Unfortunately, no blood sample was taken from Charlie’s body to find out if he had been drinking.   But even if Ann’s story was true, there still might be grounds for a charge of premeditated murder if Ann and Garey had both fired at Charlie. Police conducted a powder residue test to see if Ann had also fired a gun, but it was inconclusive.   Ann Sigmin and Garey Goff were then released.   The investigation, however, continued.   Apparently, Ann had told a friend that she had reasons for wanting Charlie dead.   Chief Deputy Jack Davis of the Pemiscot County Sheriff’s department convinced the friend to wear a wire, hoping that Ann would say something that would be an admission of guilt:

After hearing the recorded conversation, authorities prepared a warrant for Ann and Garey’s arrest.   But within hours Ann Sigmin vanished, leaving her two boys behind.   Garey Goff had already left town.   His truck was later found abandoned in Phoenix, Arizona.

Garey Goff turned himself in and pleaded guilty to second-degree murder.   Goff was sentenced to twenty years and was released after serving thirteen years and five months.   From prison, he pleaded for Sigmin to also turn herself in, but she refused.   There is still a warrant for the arrest of Ann Sigmin for first-degree murder.   She may be living in Oregon or Arizona under the alias Andy Hayes or Andy Partlowe.