Did the same killer commit Hollywood’s Black Dahlia murder and the Torso Slayings in the Midwest? 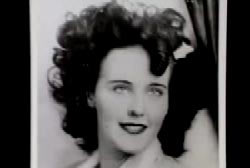 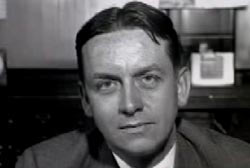 She was known as the “Black Dahlia”. She had jet black hair and preferred black dresses and lingerie. Those who knew her best said she had a tattoo of an exotic flower on her inner thigh. She wanted desperately to be a Hollywood actress, but her fame would not come from the movies. It would come from her death, a murder which has gone unsolved for 60 years. 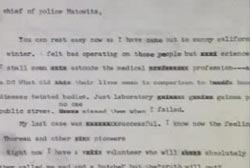 On a cold morning in January 1947, the nude, mutilated body of 22-year-old Elizabeth Short was discovered in a vacant lot in the Leimert Park area of Los Angeles. What made the murder so unique was the barbaric nature of the crime. The Black Dahlia’s body had been neatly severed in half, gutted and drained of blood. Author Lawrence P. Scherb put the unusual crime into perspective:

“Her face had been very brutally cut from ear to ear in a grin. Her throat had been cut and she had been mutilated sexually. Basically, she was the worst case of a sex crime in the history of Los Angeles County.”

The case of The Black Dahlia has fascinated crime writers for generations, and almost every one of them has a different theory about the killer. Lawrence Scherb has studied the Black Dahlia case extensively. Now, he believes he knows the identity of the man who so brutally murdered Elizabeth Short. 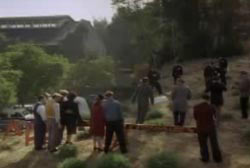 Elizabeth Short’s life was as sad as it was brief. Like so many other young women, Elizabeth had been lured to Hollywood with dreams of becoming a star. Her career was going nowhere and she was running out of cash. According to some, she eventually drifted into prostitution.

In her final days, Elizabeth seemed to be constantly on the move. According to Lawrence Scherb, she was last seen leaving a diner in San Diego with a man who has never been positively identified:

“She called him Red when she spoke to him in the diner and he did have reddish colored hair. However, the police were never able to positively identify him, although some people felt that he might have been Robert Manley.”

Robert Manley was a hardware salesman who dated Elizabeth. Police brought him in for questioning but he was cleared of the crime. Other men who were involved with Elizabeth were also interrogated, but each, like Manley, had an airtight alibi. The authorities were completely stumped. Then a mysterious package was mailed to a local newspaper — a package from the killer. Lawrence Scherb described what it contained:

“Inside the envelope they found Elizabeth Short’s address book, which was in reality her trick book. And one of the pages in that book was missing. And it is undoubtedly true that upon that page was the name of the man who actually had killed her.” 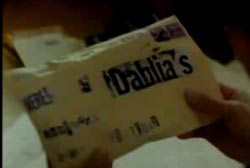 Dahlia’s possessions were mailed by killer

The package was the closest anyone ever got to the Black Dahlia’s killer. Then Lawrence began to research the case and made a remarkable connection. The case had many of the same features as the Torso Slayings in Cleveland. That sensational crime spree was the case that baffled Eliot Ness, the head of the famed crime fighting team, “The Untouchables.”

Between 1934 and 1938, no less than thirteen mutilated bodies were discovered in the Kingsbury Run district and surrounding areas of Cleveland. The victims were all prostitutes or drifters. The killer had dismembered most of the bodies with surgical precision, just like The Black Dahlia case, nine years later.

Many people believe that Elliot Ness actually knew the Slayer’s identity, but never had enough evidence to prove it in court. His biographer, Oscar Fraley, says that Ness was approached by a member of Cleveland’s high society:

“This lady socialite who was working with him came to him and said, ‘A member of one of our influential families fits your profile.’ So Eliot said, ‘That’s fine, let’s meet him.’ This man admitted that he had been to medical school, so Eliot thought surely he had the guy.”

Ness said he gave the man two lie detector tests, and both times the suspect failed. Soon after he took the polygraphs, the suspect voluntarily committed himself to a mental hospital. Around that same time, according to Lawrence Scherb, the Torso Slayings in Cleveland abruptly stopped.

Ness believed that this would be the end of the case because the suspect was so deranged that he would probably remain in a mental institution for the rest of his life. But a few months later, a letter arrived from California. Lawrence Scherb has seen it:

“In that letter, the Torso Killer describes the fact that he has left Cleveland and has come to California, as he described it ‘sunny California’ and is now performing medical experiments upon his guinea pig victims here in Los Angeles.”

In the letter, the killer referred to himself as a “D.C.,” that is, a Doctor of Chiropractic. In it, the killer said:

“I felt bad operating on those people, but science must advance.”

Lawrence Scherb said the letter is just the beginning of the Torso Slayer-Black Dahlia connection:

“The killer apparently had a fetish for cleanliness and cleaned the Dahlia’s body very carefully with water, washed it very carefully, shampooed her hair and scrubbed her with a bristle brush so severely that he left bristles embedded in her skin. The Cleveland victims also indicate that there were attempts to clean bodies. A butcher knife was used to bisect the Dahlia. And a butcher knife was used to dismember, decapitate and bisect victims in Cleveland.”

Police determined that Elizabeth had been tortured for several hours before being killed. We know that she had been tied up. She had rope burns on her neck, arms, and legs. In Cleveland, several victims had exactly the same type of marks. Also, the Dahlia’s body had been arranged in a sexually suggestive position, just like the Torso slayer’s victims.

But if the Torso slayer was locked away in an Ohio hospital, how could the murders have continued in other parts of the Midwest and, later, Los Angeles?

Lawrence Scherb wondered if perhaps one crucial point was overlooked by Eliot Ness when the killer entered the hospital:

“If one is voluntarily in a mental hospital, you are free to legally walk out any time you want. And I think that’s exactly what he did. I think he used the mental health system most of his career. When things got tough or the investigations heated up, he simply checked himself into a mental institution, waited until they cooled down and then checked himself out again and departed and continued killing.”

Eliot Ness never publicly identified the suspect. He took the name with him to the grave.

According to Lawrence Scherb:

“He was the most prolific mass murderer in the history of the United States. And to this day his true identity remains unknown.”