Some believe Butch Cassidy didn’t die in South America, but came back to the US with a new identity. 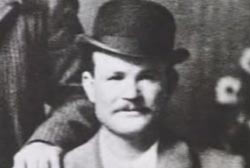 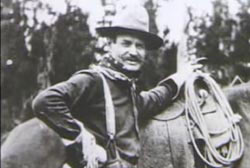 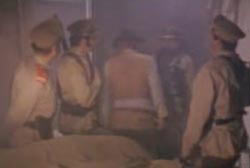 The names Robert LeRoy Parker and Harry Alonzo Longabaugh don’t often ring a bell. That’s because they’re better known as the legendary outlaws from the late 1800s, Butch Cassidy and the Sundance Kid. Paul Newman and Robert Redford starred in the celebrated film about their final days. The movie, like history, tells us that Butch and Sundance died in a shootout in South America. But some believe that Hollywood and history may be wrong. There is evidence that Butch Cassidy returned to the United States and died of natural causes.

Two years after Butch and Sundance were supposedly killed, a man named William Thadeus Phillips arrived in Spokane, Washington. He opened a successful machine shop and became a prominent businessman. According to writer James Dullenty, Phillips was a man without a past: 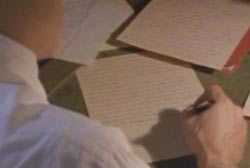 Some see a resemblance between William Thadeus Phillips and George Butch Cassidy. But if Phillips was Cassidy, then how did the outlaw escape from Bolivia? According to some historians, the account of how Butch and Sundance died can be credited to one man, Percy Seibert.

Seibert had worked with the outlaws at a tin mine in Bolivia and became friends with them. He was the one who identified the two men killed in the shoot out as Butch and Sundance. But writer Larry Pointer thinks that Seibert may have deliberately lied:

“I believe that Percy told the story of Butch Cassidy and the Sundance Kid’s death in Bolivia to pay back what he felt was a debt of loyalty and friendship, to allow these outlaws to begin a life under amnesty without a past.”

Larry Pointer is convinced that Butch Cassidy took on the identity of William Phillips. As Phillips, he returned to the Wyoming mountains, where Butch and his outlaw gang had once cavorted. James Dullenty says he’s heard first hand reports about Phillips:

“We know the man who went with Phillips to Wyoming in 1933. This man died recently, but we have interviewed him. He was there all summer with Phillips and he met all the old timers that Philips met, and in almost every case, these old timers accepted Phillips as Cassidy.” 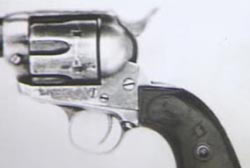 Cassidy’s brand was on Phillip’s gun

Author Dan Buck has researched the life and death of Butch Cassidy and is convinced that William Phillips was an imposter:

“Old timer stories are always the most interesting and the least reliable. The William Phillips story is chock full of old timer tales, people that claim they were good friends with Cassidy and knew Phillips was Cassidy. And usually it’s when asked by someone, when prompted by someone — ‘Well, you were a good friend of Butch Cassidy’s weren’t you?’ — and, of course. the answer is yes. Who wants to say no?”

“The man that my grandmother met that day was going by the name of William Phillips, and she knew him by the name of Leroy George Parker, who is known as Butch Cassidy. He recognized her immediately and she recognized him. I sensed that they had a relationship that I had never known much about. So my grandmother had finally told me that he was her childhood sweetheart.”

Three years later, Phillips mailed a ring to Mary. It was engraved: “George C. to Mary B.” Phillips died soon afterwards. Dan Buck believes that Phillips pretended to be Cassidy for the fun of it:

“He traveled out to the west, he met some people, he probably got some free beers, he certainly got a lot of adventures out of it. But some people have recently done some photo comparisons of the two and established that they have different heads and different faces. Cassidy basically had small features on a big head with a lantern jaw. And Phillips had more normal features with a more or less pointed chin, and his head was basically an inch or more lower than Butch Cassidy’s.”

But several other clues suggest that Butch and Phillips were one and the same. Phillips wrote a manuscript called “The Bandit Invincible: The Story of Butch Cassidy.” According to James Dullenty, it contained specific details about Butch’s adventures:

“There’s material in that manuscript that no one else knew and that had never been published, that either the man who wrote it had to have intimate knowledge of Cassidy, or he was Cassidy.”

“That brand was the reverse E box E. That was Butch Cassidy’s brand in the 1890s.”

There seems to be at least some evidence that Butch Cassidy may have survived the shootout. But it was almost certainly the end of the road for the Sundance Kid.