A religious student at an Orthodox Jewish school is found bludgeoned to death in his dormitory. 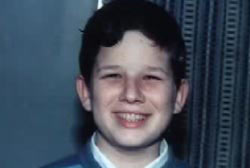 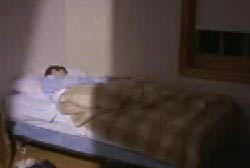 Someone killed Chaim while he slept

Orthodox Jews trace their roots back 5,000 years to the time of Moses and they live according to strict codes that have remained unchanged for centuries. To maintain their traditions, many communities have established yeshivas, which are schools that emphasize the principles of Orthodox Judaism. 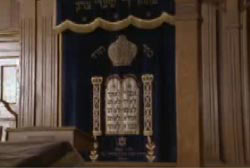 Chaim studied at an Orthodox Yeshiva

On November 1, 1986, Don Daly, a veteran Nassau County police detective, was dispatched to a yeshiva in Long Beach, New York, to investigate the murder of one of its students. The victim was 16 year-old Chaim Weiss. A single blow to his skull with a sharp object had severed his spinal column.

Investigators found no murder weapon. There was no evidence of a robbery and no signs of a struggle. Detective Daly realized that this would be unlike any other homicide investigation in his 25-year career:

“Initially, we were dealing with a Saturday, which is the Sabbath. When we arrived at the scene sometime around 8:00 in the morning, it was difficult to talk to anybody at that particular time because the people we’re dealing with, being Orthodox Jews, they’re not able to write. We couldn’t take statements from anybody. We got the impression a lot of the students at that time were afraid to talk to us or were little shy.” 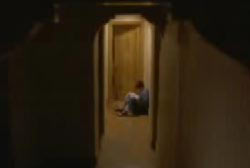 He was last seen reading outside his room

As he investigated the scene, Daly thought the killer might have been familiar with the yeshiva and the customs of Orthodox Judaism. It appeared that Chaim had been killed while he was sleeping. His body was then moved, first from the bed to the floor, and later, to another spot two feet away. According to Det. Daly, Chaim’s window was left wide open on the chilly October night:

Another ritual would point to a third puzzling clue. One of the rabbis asked to leave a memorial candle in the room, to burn for seven days. The crime scene was then sealed. However, two days later, another candle mysteriously appeared. Det. Daly said that no one in the school ever admitted to having placed it in the room:

“If they lit that candle as a gesture of sympathy or love for Chaim, why wouldn’t they come forward and say that? That’s certainly a good thing to do. Nobody came forward with that.” 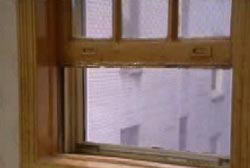 The open window had a ritual meaning

Detective Daly set about piecing together the final hours of Chaim Weiss’ life. He learned that Chaim was an outgoing, likable teenager who was at the top of his class. He had been attending the yeshiva in Long Beach for 2 1/2 years. On the day he was killed, Chaim left class with his friends to attend services. Afterwards, he returned to the dormitory. Hours later, Det. Daly said, two classmates saw Chaim reading in the hallway:

“Many of the students do that. Because of their religion, they don’t put lights on and off at that time, on the Sabbath. It was dark, so the lights are left on in the main hallway. The students sit out in the hallway and read.”

Police think the killer probably knew the layout of the dormitory and was probably aware that Chaim was one of only two students without a roommate. Det. Daly:

“We did have one student who felt that he heard his door open up sometime during the night and then close again, but he assumed it was his roommate. There are a lot of questions that we haven’t been able to answer. We really never got any leads in this case. Nothing from the outside, which is unusual.”

A few days after the murder, Detective Daly called a meeting with the students, teachers, and rabbis. But almost every question he asked was answered by silence.

“We learned at one point that, in their particular orthodox religion, unless you have proof or another witness, mere suspicion alone is not enough to go and say anything or to accuse somebody.”

Police eventually polygraphed 40 students and several of the school’s teachers and rabbis. No suspects or motives were revealed. Who killed Chaim, and why, remains a mystery.

“The not knowing makes it much more difficult for me to cope. Certain things I accept. My son’s dead. But the murderer is still loose. All these unanswered questions make me feel very, very uneasy.”

Why would anyone brutally murder a 16-year-old boy who had no known enemies? Police have uncovered only one significant clue — a jogger stated that he saw a young man a few blocks from the school on the morning Chaim’s body was found. All attempts to identify the student have been unsuccessful.