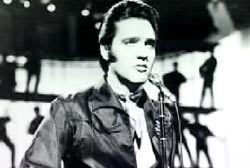 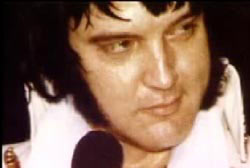 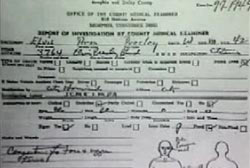 Elvis Presley has been called the World’s Greatest Entertainer. But on August 16, 1977, his life came to a shocking end. At first, it was said he died of a heart attack. Later reports blamed a massive drug overdose. But Presley’s own stepbrother, David Stanley, is convinced that The King’s death was not accidental. He says that Elvis committed suicide:

“Elvis Presley woke up on the 16th of August, premeditated, planned, took, and killed himself deliberately.”

Most people refuse to believe that Elvis Presley might have killed himself. However, David Stanley’s eyewitness account, along with the physical evidence, makes a compelling case.

Drugs were a part of Elvis Presley’s daily routine — 3 times a day, on a strict schedule, nearly a dozen different prescription drugs were administered to him by members of his entourage. These drugs included Seconal and Demerol. Insiders say that this dangerous cycle of drug use began in 1958 when Elvis was drafted into the army and sent overseas.
Red West was one of his closest friends:

“I went to Germany with him after I got out of the Marine Corps. He was on guard duty on the Russian front, and if you went to sleep and got caught asleep, you’re in trouble. So this sergeant said, “Take these little things here. They’ll keep you up.” And, wow, man, it started feeling good and that’s how it began.” 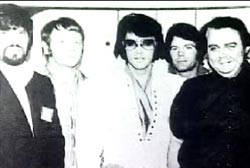 After the army, Elvis returned to his life as an entertainer, and according to pop culture historian Chuck Harter, he had high hopes for becoming a serious actor:

“Elvis’ greatest desire was to be a serious dramatic actor, and this was denied him because his management felt that they wouldn’t make as much money if they put him in a dramatic role. They wanted him to be in the formula. So this depressed him a great deal.”

Elvis was frustrated by lightweight movie roles and overwhelmed by the endless demands of his fans. He retreated behind the gates of his Memphis mansion, Graceland.
Chuck Harter made this observation:

“Elvis sort of put himself into a cocoon. And Graceland, more or less, became a tomb for him, or a cave to go hide from life. The windows were sealed. The outside did not enter in. So his day-to-day touch with reality had really been removed.”

David Stanley, Elvis’ stepbrother, had this to say:

“People would say, what do you think the most difficult part of Elvis Presley’s life was? Being Elvis Presley, looking out a window, seeing 10,000 people who think you can walk on water; walking out on a stage and seeing 22,000 flashbulbs going off; thinking you are a king.” 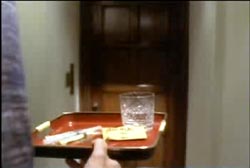 Elvis was administered medication on a daily basis

The combination of high times on tour and isolation at home took its toll on Elvis. His absences, affairs, and drug use led to the end of his stormy 6-year marriage to Priscilla.
David says this was a difficult time for Elvis:

“He would get himself in a rage over that. You know, he would get himself so worked up over it, that he’d begin to take the medications to deal with the depression of the rage. And then suddenly, some shows are starting to be canceled.”

Insiders say that, by the mid-70s, Elvis was so dependent on drugs that he required supervision around the clock. David Stanley and a group of men known as “the lifers” gave him anything he wanted: 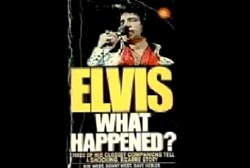 Elvis demanded that everyday he receive 3 separate doses of drugs that he called “attacks.” Each “attack” contained a dangerous combination of pills or shots of Valium, Nembutal, Demerol, Quaalude, and Seconal. David Stanley says the first “attack” was usually given between 2 and 3 a.m:

“After he’d take his attack, attack one, he would have a couple of cheeseburgers, potatoes. The “attack one” effect would get him groggy and sleepy. We would have to watch Elvis, ’cause sometimes he would be eating and just fall asleep with food in his mouth, oftentimes choking on his own food.”

After sleeping for a few hours, Elvis would receive “attack” number two:

“That would last for several hours. Now you’re in the morning hours. You know, you’re looking at 10:00 or 11:00. Then it would be attack 3, which was the same contents of attack one and 2. So you’re talking, by the time you got done– let’s just call it 11 sleeping pills per attack– that’s 33. Let’s call it 3 shots of Demerol per– that’s 9 shots. And some people would say, “Well, golly, that’s 6 months worth.” That was a nightly dose.”

“I talked to him about drugs. I said, “You don’t need this stuff.” He said, “Nuh-uh. You’re wrong. I do need it.” And that’s when I threw my hands up and said, “I’ve done all I can do.” And I was gone shortly thereafter.”

Elvis’ became more and more depressed in the weeks before his death. Despite the millions he’d made, he was short of money. He was overweight, in poor health, dreading his next tour, and reportedly impotent.

But perhaps Elvis was most upset about a book some former employees were about to publish just before his next tour. Chuck Harter knew Elvis was concerned about the tour:

“This would be the first time that the fans saw him overweight, not looking good, with the knowledge of what the book contained. And it was, “Oh, my god, they’ll know.” And he knew the whistle had been blown on his clean image, and he was terrified.”

“The last time I saw Elvis, he said good-bye to me. He was crying. ‘I love you.’ He hugged me. ‘I’ll never, ever see you again. The next time you see me, it’ll be in a higher place and a different plane.’”

The day Elvis Presley died was different than most. He ignored his usual late-night feast. He was given his 3 “attack” envelopes — nearly 3 dozen pills and 9 syringes full of drugs — at their usual times, but Elvis left them untouched.

Ginger Alden, Presley’s girlfriend, was the last person to see him alive. According to reports, around 9:30 a.m., Elvis got out of bed and went to the bathroom to read. And a few hours later, that’s where his body was found. Paramedics were already there by the time David Stanley arrived.

David says he found all 3 “attack” envelopes and several Demerol syringes nearly empty. He believes Elvis took all 3 “attacks” at once purposely, to end his life:

“I looked and saw Elvis in the fetal position and knew he was gone. The first thing I said was, ‘You son of a bitch!’ I knew right there and then at that time that Elvis said, ‘I am out of here.’”

The official autopsy found that Elvis died of an irregular heartbeat due to severe cardiovascular disease. Dr. Kevin Merigian has studied the official coroner’s toxicology report:

“I don’t think there’s any evidence that there was a tremendous amount of drug abuse or anything misuse. I know there’s been a lot of theories and there’s been a lot of conjecture. There’s always a debate. That kind of adds to the mystique of Elvis. But he didn’t die of an overdose. He died of some event, probably cardiac in origin.”

“I’m telling you what I know. And the fact is, that much medication will kill you. And Elvis knew that.”

“I know him like a book. I know he was religious, and I know what he would do and what he wouldn’t do. And he would not kill himself purposely.”

Exactly how did Elvis Presley die? This controversy may one day be settled. Elvis’ father Vernon Presley reportedly commissioned a private autopsy after the official report was completed. Exactly what those doctors found is still unknown. At Vernon Presley’s request, the results will remain sealed until the year 2027.