Was the death of Superman actor George Reeves murder or a suicide? 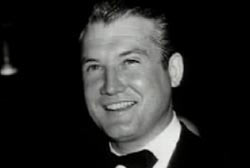 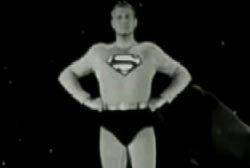 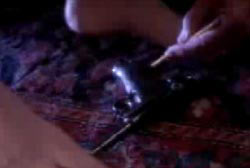 The gun had no fingerprints on it

Early one morning in June of 1959, Los Angeles police raced to a high priced Hollywood Hills home. Upstairs, they found the homeowner naked and sprawled across his bed. He was dead from a single gunshot wound to his right temple. The official ruling was suicide.

In the 1950s, millions of TV viewers knew actor George Reeves as Superman, the Man of Steel, both indestructible and invincible. Superman was a big hit and George was a big star. It was quite a leap for a guy who once dug septic tanks for a living.

Off camera, George Reeves was as much Romeo as Superman. He had a steady girlfriend named Toni Mannix, a former showgirl, eight years his senior. It was a classic younger man, older woman affair, but with a twist. She was rich, generous, and married. Her husband, Eddie Mannix, a former vice president at MGM, was a powerful force in Hollywood. According to writer and publisher Jim Nolt, Mannix actually encouraged his wife’s involvement with George Reeves:

“The relationship between George and Toni was a very open relationship. She took care of George very well. The car that he drove was bought by Toni and the house that he lived in was Toni’s house. But something happened in late ’58 that broke that relationship off.” 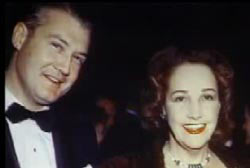 Toni was devastated. But George soon hooked up with Lenore Lemmon, a twice-married café society girl. Jim Holt described Lenore as a lot younger and a lot wilder than Toni:

“She had a reputation, a bad reputation for fights in clubs in New York. I think George liked the excitement that he found with her.”

Although he always seemed the life of the party, George’s life was actually falling apart. The Superman TV show had been cancelled and the bills were stacking up. And then there was Lenore; she apparently wanted to get married and live in high style, something Jim Nolt never thought would happen:

“I think George Reeves was going through a mid-life crisis. There are reports that George was planning to marry Lenore Lemmon. I don’t think he was going to do that, that’s where I think an argument came up.” 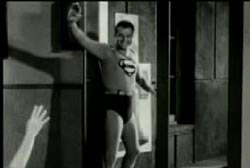 Will this mystery ever be solved?

On the night of his death, George hosted a party at his house. By midnight, the guests had gone. Only George, Lenore, and writer Robert Condon were in the house when two of Lenore’s friends banged on the door, looking for a party. According to Jim Nolt, George abruptly dismissed the women then went upstairs to his bedroom:

“I think this made Lenore Lemmon very angry, that he treated her friend like that. She went upstairs and I think an argument started. I think George told her that he had no plans to marry her, and that she became very angry and pulled out a gun. And I don’t think on purpose, but I think accidentally, shot George.”

The on-scene ruling was suicide. A pistol on the floor between George’s legs seemed to confirm it. But there were inconsistencies. Not a single fingerprint was found on the gun. The fatal bullet was lodged in the ceiling above the bed, yet, the shell casing was found underneath the body. Jim Nolt’s conclusion was not suicide, but murder:

But who was that somebody else? Lenore was Suspect #1. Suspect #2 was Eddie Mannix. According to writer Michael Hayde, word around town was that Mannix was angry at George for dumping his wife:

“I believe that Eddie Mannix, tired of listening to his wife grieve and obsess over George Reeves, decided that it was time to take some action. It was my understanding that George’s house was pretty much an open house, and I think it was relatively easy for Eddie Mannix to send someone over to the house during the course of a party that may have been going on, and Eddie Mannix had the guy killed.”

“That Eddie Mannix, who, by the end of the fifties was retiring, would endanger his life in the end of his life by having something nefarious done to George, is to my mind, ludicrous.”

Reeves biographer, Jim Beaver, agrees with Larson. He says the power burn evidence has been misinterpreted:

According to the autopsy, the bullet entered George Reeves’ head about one inch above his right ear. It exited about an inch and 3/4 above the left ear and then lodged in the ceiling. Biographer Jim Beaver explains how the angle of the bullet suggested the gun’s position in relation to George’s head:

“If George had held the gun in the more comfortable and natural position, it would have ejected the shell directly behind him and onto the bed.”

As a fellow type-cast actor who suddenly found himself un-hireable, Jack Larson says he knows the kind of pain George must have been feeling at that time:

“Nobody wanted me to work at all. I don’t know what happened to George. I was depressed, and I accepted instantly that he had committed suicide.”