Kurt Cobain’s death was ruled suicide, but some believe he was murdered. 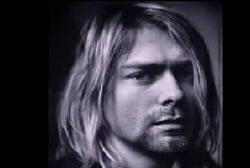 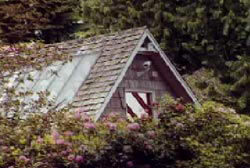 His body was found in the greenhouse 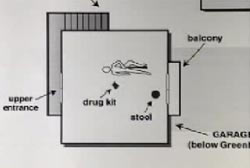 On April 8, 1994, music fans around the world were devastated to learn of the death of rock star Kurt Cobain, lead guitarist and singer-songwriter for the grunge band, Nirvana. Cobain apparently died of a shotgun blast to the head. An autopsy later revealed a near-lethal dose of heroin in his bloodstream. The official ruling: suicide.

Private investigator Tom Grant has come to doubt that ruling:

“There was a very thorough, comprehensive investigation done from the very beginning. And everything that the detectives encountered indicated to them that this was a suicide. We actually found nothing to indicate that this was anything but a suicide.”

This was not Kurt Cobain’s first brush with death. A month earlier, a photograph was taken of Cobain being rushed to a hospital in Rome, Italy. He had overdosed on sedatives and alcohol and nearly died. His family and friends persuaded him to check into drug rehab. After two days, he walked out and disappeared. The next day, Cobain’s wife, fellow rock musician Courtney Love, is said to have contacted private investigator Tom Grant and asked him to find her husband. Tom Grant recalled:

“Courtney asked us, of course, not to contact him, not to make any contact with him, just to report back where he was and what was going on.” 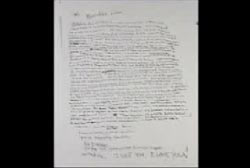 Was the letter also a suicide note?

But Grant didn’t find Cobain soon enough. His lifeless body was discovered by an electrician working at Cobain’s Seattle home three days after he died. Tom Grant said that the police told him that the death was a suicide:

“I contacted the police the day the body was found. They basically told me on the phone, ‘Hey, we know a suicide when we see a suicide.’

But the more Tom Grant discovered, the more he became convinced that the official cause of death was wrong. Grant believes that he found important inconsistencies in the case. For instance, Grant said Cobain’s credit card appeared to have been used after his death: 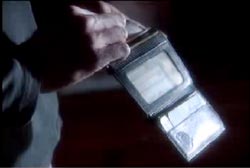 Two credit cards were found in his wallet

The police were never able to find out. According to Grant, that credit card was never found:

“After the body was discovered, two other cards were found in the wallet, but the same card that someone was attempting to use after, we now know Kurt was already dead, was not found in Kurt’s property.”

The autopsy showed Kurt Cobain’s blood contained 1.52 milligrams per liter of the tranquilizer diazepam and heroin. Some medical experts said that much heroin could kill a person three times over, which Grant sited as further evidence against suicide:

“With that much heroin and diazepam in his system, could he even pick up that shotgun? Wouldn’t he be incapacitated within seconds?”

“It’s really an issue of tolerance. How much is this person used to? If a person has gradually, over months or years, increased the dose, a person could function with that amount of drugs, narcotics, whatever it is present in the system. Again, so much of it depends upon individual tolerance over a period of time.” 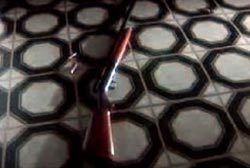 No fingerprints were found on the shotgun

Police found no legible fingerprints on the shotgun, the shotgun shells, or the pen used to write the suicide note. Could they have been wiped clean? Sean T. O’Donnell of the Seattle Police Department didn’t think so:

“I think it’s clear that anyone who is familiar with firearms and their use would know that as they hold a weapon, that frequently that weapon will move in their hand. Additionally, when that weapon is discharged, that causes a jerking motion, which causes the hands to move over the surface of the weapon. And all of those factors could cause any fingerprints that may have been left on the weapon to be unusable.”

The alleged suicide note also raised questions. Tom Grant believed it was actually a retirement letter to Cobain’s fans. There were rumors that Cobain was feeling burned out, and was planning to adopt a lower profile. He had recently pulled out of the annual Lollapalooza tour.

Grant suggested that only the last four lines of the note indicated suicide. They read:

“Please keep going, Courtney. For Frances, for her life which will be so much happier without me. I love you, I love you.”

“As to the last four lines, there are more than a dozen differences that should give us pause. And we would have to reasonably explain these differences before we can conclude that the same person wrote the four lines that wrote the body of it.”

Handwriting expert, Reginald Alton, also compared copies of Cobain’s handwriting to a copy of the note. In a five-page written report, Alton pointed out more than a dozen discrepancies.

He believed the bulk of the suicide note was written by Cobain, but raised questions about the first line and the last four lines. His report stated:

“There are many indications that there may have been a second hand at work.”

“We did take the note from the scene and have it examined at the Washington State crime lab. And their handwriting analyst has indicated that it is her belief that this note was written by Mr. Cobain.”

Tom Grant offered his take on a possible motive:

“Kurt Cobain had made an important decision in his life. He wanted out of the entertainment business. He didn’t want to tour anymore. He didn’t want to perform anymore. He wanted to be left alone. He never liked that aspect of being a performer. This decision that he had made was going to affect a lot of other people. He was no longer the money machine that he once was. Now Cobain was worth more dead than he was alive.”

But who would have wanted Kurt Cobain dead? Could it have been the mysterious user of his credit card? Did that same person add critical lines to Cobain’s alleged suicide note? Those questions remain unanswered. The Seattle Police consider the case closed. Tom Grant does not. He believes the investigation should be reopened and the inconsistencies resolved once and for all.