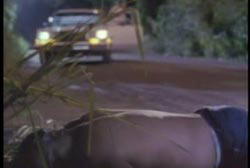 A body was discovered on the side of the road 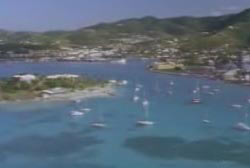 The beautiful island of St. Croix 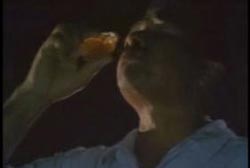 They were told it was a voodoo potion

St. Croix in the US Virgin Islands is a vacation paradise to more than one and a half million visitors from the United States each year. But even paradise can have a dark side.

On November 18 th , 1988, just after 9:30 P.M., police arrived at the scene of what was reported as a minor traffic accident. They found a local woman, Radha Maharaj, apparently suffering from internal injuries. She died on the way to the hospital.

Sixteen miles away, a body was discovered on the side of the road. The dead man was Krishnadath Maharaj, Radha’s husband. 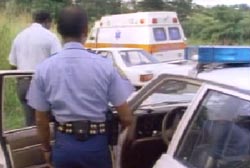 The clothing of both victims was saturated with seawater. Twenty-five thousand dollars in cash that the couple had borrowed was missing. And the cause of both deaths was cyanide poisoning. This brought to five the number of cyanide victims on St. Croix since 1984. Authorities suspected that all the deaths were linked to Voodoo.

Contrary to popular belief, there is nothing inherently sinister about Voodoo. It’s a blend of Roman Catholicism and African tradition, practiced mainly in Haiti and Louisiana. Curses, hexes, effigy dolls, and potions are more often a part of Obia, an underground form of sorcery that is not connected to voodoo.

Police in St. Croix came to believe that the five cyanide poisonings were the work of a master con man. He practices Obia, but pretends to use Voodoo. 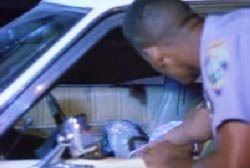 All three cases were similar

Radha and Krishnadath were both born in the Caribbean. Their parents had come from India. The couple ran a small grocery store where Radha’s two daughters from her first marriage helped with the business. According to one of the daughters, the family was doing relatively well at the time:

“We were paying our bills and we had food to eat. We were all well. We were strong and healthy, and we were all working hard, especially my mother.”

Several months before they died, the Maharajes to expand their store. They soon found themselves in financial trouble. Another of their daughters said it created stress in the household:

“They were very tense. Especially when I spoke to my mother about what they were doing, she didn’t like for me to ask some of those things. And she tried to answer me as quickly as possible and then changed the subject.”

Something else was wrong. The Maharajes had been receiving mysterious phone calls from a 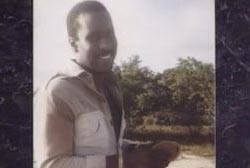 strange man. According to the daughters, it was all kept private:

“Usually I answer the phone and this man would ask to speak to my stepfather. As soon as I gave it to him, he would ask me to go outside because he had something private to discuss.”

Then, three weeks before the Maharajes died, they brought home $25,000 in cash, borrowed from Radha’s relatives. One of the daughters questioned their mother about it:

“She told us that this is what they had to pay to the gentleman. So I asked her, ‘Well, why?’ She said, ‘Well, don’t ask me any questions. By Monday, you will know what it’s all about.'” 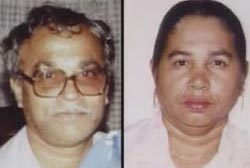 But by Monday, Radha was dead. On the previous Friday, the daughters said, she left home without explanation:

“For her to actually go out alone is something very strange for me. And for her to go out at night, that is even more strange, because she didn’t ever go anywhere at night. Never.”

Thirty minutes later, Krishnadath drove off in the opposite direction, presumably to meet the mysterious man. Two hours later, Radha’s car coasted to a stop near a local beach. Her dress was soaked with seawater. She was unconscious and near death, but there were no outward signs of struggle or foul play.

Sixteen miles away, Krishnadath was found lying by the side of a beachfront road. He was dressed only in a pair of shorts, which were also soaked with seawater. Once again, there were no signs of foul play. When police spoke to the daughters, they were told their mother had most likely taken her own life:

“The police told me that they believe that, you know, Mom tried to commit suicide, probably because she and my stepfather had quarreled about something so very big that there was no way that they could, you know, patch it up. That is nonsense.”

Autopsies of the bodies revealed that they had both died from cyanide poisoning. Oddly, another St. Croix couple, Edsel Striden and Carmen Torres, had recently died under similar circumstances. Edsel and Carmen had owned a small neighborhood bar. Like the Maharajes, they had also taken out a loan to expand their business: $54,000 in cash.

At dusk, Edsel and Carmen left home in their pick-up truck. Their daughter later recalled that her father had slipped a small bottle into his pocket before he left. It was the last time she saw her parents alive.

Carmen Torres was discovered, near death, less than a half a mile from the spot where Radha Maharaj was found. She, too, died on the way to the hospital.

Edsel Striden was found dead in his truck on a nearby beach. Both Carmen and Edsel’s clothes were soaked with seawater and both had died of cyanide poisoning. Plus, the $54,000 in cash was missing.

The four deaths were clearly related and were linked by investigators to yet another previous cyanide poisoning. The first victim was 38 year-old Haig Caesar. On May 24, 1984, a young girl on her way to school found Haig in his car, which had apparently run off the road. He, too, had been poisoned by cyanide. Sgt. James Rhyme of the St. Croix Police Department suspected a connection to Voodoo:

“He appeared to be dead for several hours. There was no indication of foul play or any struggle. And we later found out that he had made contact with an individual that might be involved in Voodoo.”

According to Haig Caesar’s wife, Rosmund, her husband told her that he had paid $100,000 in cash to an Obiaman, who claimed that he could remove the evil spirits:

“What he said is, that the man had told him that there were three large jars of coins buried on the property that we owned and that the coins were being guarded by spirits, ancient spirits. And in order to get those coins, they would have to get rid of the spirits.

When I found out about all the money he was borrowing, and all the cash that he had taken out of our accounts and everything, without even letting me know, I really was very angry about it. I was shocked, overall, just shocked that he would have taken it so far.”

On the night he died, police believe Haig returned to the spot where the Obiaman had said a treasure of priceless coins was buried. The Obiaman’s scam called for him to drink a potion that would drive away the spirits guarding the coins. That potion turned out to be cyanide. By the time Haig’s body was discovered the next day, both the Obiaman and the $100,000 had vanished.

Rosmund said she couldn’t understand why her husband had become involved with such a practice:

“I knew that he was aware of Obia and Voodoo. I mean, most people living on the islands are. I thought he was smart enough, intelligent enough, aware enough to know that, you know, it wasn’t real.”

Were all five deaths the work of an Obiaman? Was the man who promised buried treasure to Haig Caesar the same one who telephoned the Maharajes? Was he also the man Edsel Striden and Carmen Torres went to meet on the night they died?

The similarities in all three cases go far beyond mere coincidence.