Former co-workers are found dead within days of each other. 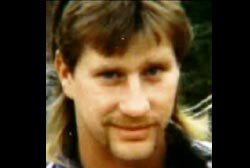 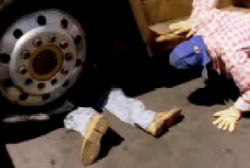 Was Tom’s death suicide or murder? 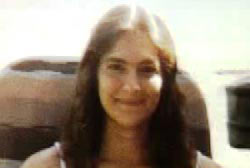 Tom Kueter was a forklift driver at a wood processing plant on the outskirts of Rapid City, South Dakota.  On a June morning in 1994, Tom’s co-workers noticed something was wrong.  When they reached Tom, they found his head had been crushed beneath the wheels of his forklift.  Tom was 29 when he died and was survived by his wife, Nancy, and two children.  Those are the facts everyone can agree on.  But the cause of his death is still a mystery.

Tom’s family believed he was murdered.  However, the police have a very different theory.  Their investigation concluded that Tom loaded a ton of lumber onto the forklift, set it in motion, jumped from the cab, and positioned himself perfectly in the machine’s path.  But why would Tom Kueter kill himself?  Police believe his death may be connected to the mysterious disappearance, four days earlier, of a woman named Tina Marcotte.  Tom Kueter and 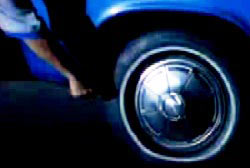 Tina Marcotte were casual acquaintances who once worked for the same employer.  During a bizarre four day period, one turned up missing and the other turned up dead.

It all began early Friday morning on June 24, 1994.  Tina Marcotte worked the late shift at Black Hills Molding.  While driving home after work, her tire blew out.  With no one else to call, Tina phoned her best friend, Vicky Riddle, to pick her up:

“I was already asleep and the phone rang, and she was very upset.”

Tina then told Vicky that her old friend from work, Tom, had just offered her a ride.  She thanked Vicky and hung up the phone.  It was the last time anyone spoke to Tina Marcotte.  Initially, no one even reported her missing.  Patrick Gleason, Tina’s live-in boyfriend of eleven years and the father of her three children, thought she would soon return.  Then on Saturday morning, Patrick, accompanied by Tom Kueter, showed up at Vicky’s house.  According to Vicky, Tom became defensive when she mentioned Tina’s last phone call:

“Tom tried to say that I was drunk and wouldn’t know Tom from Ron.  And then I said, well, she said Tom, the one that used to work here, and then we started talking about that, and Tom finally admitted that he was the only Tom that he ever knew that worked there.  He was just glaring at me and not acting himself.”

Patrick listened patiently.  He then asked Tom if he and Tina were having an affair.  According to Patrick, Tom was unconvincing in his denial:

“That right there didn’t seem right to me, because the way Tom was, if you tried to blame him for something that he didn’t have anything to do with, he would have started fighting with me.  That’s the type of person he was.” 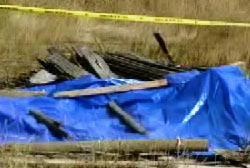 Tina’s body was found under a wood pile

Patrick and Tom went together to report Tina as a missing person.  But when police went to check on Tina’s car, they discovered that the tire had been slashed with a knife.  According to Investigator Dean Cuthmiller of the Pennington County Sherriff’s Department, it suggested foul play and perhaps, even murder:

“Tom Kueter was asked to come in, and he voluntarily came in to give his story.  He denied giving Tina a ride anywhere, or even being out there.  He stated that he had been at a softball game.  He had given a friend a ride home, and his car had broken down.  And he had spent approximately three or four hours fixing his car under a streetlight.”

But Tom never called his wife to say he had been delayed.  According to Investigator Cuthmiller, Tom finally arrived home at around 3:30 in the morning:

“Tom’s wife, Nancy, told us that when Tom got home that night, that he immediately washed his clothes, which would have included his softball uniform as well as his shoelaces, and that led us to believe that was suspicious behavior.”

Three days after Tina disappeared, the police interviewed Tom at the lumberyard.  They told him that they had found blood in his car and were testing it to see if it matched Tina’s.  The next morning, Tom Kueter was dead.  Investigator Cuthmiller believed Tom took his own life:

“I believe that Tom was very overwhelmed as to what was taking place and he needed a way out.”

Nancy believed that someone—identity and motive unknown—attacked Tom in the lumberyard, then crushed him beneath the wheels of his own forklift:

“I believe he was murdered.  I just wish the police would investigate this more… there are leads in this case.  I don’t believe they followed up on them.”

But the police do believe that Tom Kueter murdered Tina Marcotte.  Investigator Cuthmiller speculated that on the night Tina disappeared, Tom showed up unexpectedly outside of her office:

“I believe that Tina’s tire was intentionally slashed, in order to keep her from leaving the place.  I don’t believe that Tom’s appearance out there at 12:30 was coincidence, I think that was planned.  I think Tom was out there waiting for her when she got off of work.  The only thing that really failed in the whole plan was that she was on the phone when he drove up.”

According to the police’s theory, Tom made sexual advances towards Tina.  When he was rejected, the result was murder.

Four and a half years after Tom Kueter’s death, his wife Nancy finally received insurance death benefits.  A judge ruled there was not enough evidence to prove that Tom committed suicide.  Sixteen months after Tina Marcotte disappeared, her body was found under a woodpile at Tom’s workplace.  She had been hit on the head with a blunt object.  Detectives continued to investigate this case for the next 18 years.  They now consider the case closed.