Did boxer Sonny Liston die of a drug overdose or was he murdered for refusing to throw a fight? 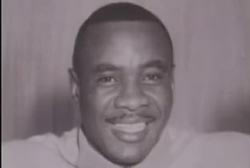 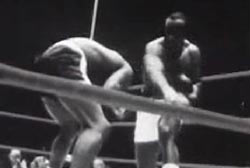 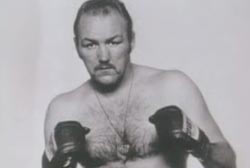 Nine years later in Las Vegas, Liston’s wife, Geraldine, arrived home from a trip out of town. She was worried because she hadn’t heard from Sonny for several days. In their bedroom, she found Sonny lying on the bed, dead from what police say was an accidental drug overdose.

According to Geraldine Liston, Sonny’s family and friends have always believed that the official verdict was wrong: 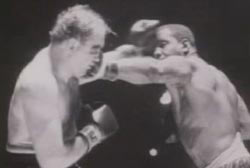 “I am sure in Mr. Liston’s life he had enemies. And I somehow believe one of them killed him. And I don’t think one man could have done it. I’m sure it took several.”

Sonny Liston’s story began with a lonely bus ride in 1944. Sonny was one of 25 children of a sharecropper in Arkansas. At age 12, after selling a bag of pecans for bus fare, he left for St. Louis, betting on a brighter future. But according to Sonny’s trainer, Johnny Tocco, once there, his path led to prison: 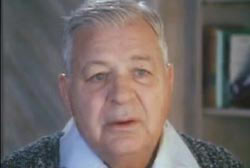 Sonny received two concurrent five-year terms for the armed robbery of a gas station. In prison, Sonny put his strength and energy into boxing. When he was paroled after 29 months, he went pro, winning 32 of his first 33 bouts, 22 of them by knockouts.

After his world championship victory over Patterson, Sonny remained champion for 17 months. Then he fought a young man named Cassius Clay, later known as Muhammad Ali. Ali’s superior agility simply overwhelmed Liston. He gave up after six rounds. Ali had taken the title from Sonny.

“Sonny was really on the downside with his career, and people beat him out of millions of dollars, you know, phony managers. He was very rarely with anybody because he didn’t trust very many people and I didn’t blame him. And it was a shame that most people didn’t realize how nice a guy he really was.” 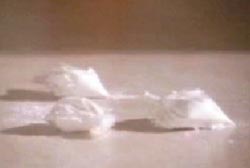 Three bags of heroin were found in the kitchen

Sonny decided to resume training when Ali lost his title after he refused to be drafted.
Once back in the ring, Sonny won 14 consecutive fights. Davey Pearl signed him to fight Chuck Wepner, an up-and-coming heavyweight from New Jersey. Both fighters had an eye on Ali’s vacant heavyweight title.

Rumor circulated that some gamblers were betting heavily on Liston to lose. Johnny Tocco believes that two days before the fight, Liston met with two of these gamblers:

“I believe that Sonny was approached to drop the fight. He had to be approached because the talk that was around. It seemed to me like they wanted Chuck Wepner win. And the only way they can do that, Sonny would have to be involved.”

“I said, ‘Sonny, everything’s OK, go to work on the guy.’ Well, fifth or sixth round, Sonny told me, and it’s the first time in my life that I’d ever thought I would hear this from him, he says, ‘I’m afraid to hit this guy any more.’ He had hit him so many times in the face.” 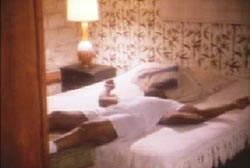 Liston’s body was discovered by his wife

By the 9th round, Sonny had beaten Wepner so badly that the fight had to be stopped. Wepner needed 54 stitches in his face alone. Sonny Liston had won the fight, but the victory might have cost him his life.

Just six months later, Sony was dead. In his kitchen, in plain view, investigators found three small bags of heroin. A small amount of marijuana was also discovered in Sonny’s pocket, and a syringe was found near his body.

“In my opinion, it was either a natural death or self-induced drug overdose. And the only reason I dwell on the drug is simply because of what was found in the kitchen.”

An autopsy discovered needle marks on Sonny’s right arm. The official report stated that Liston had died of a cardiac arrest after injecting himself with heroin. But according to Coroner Otto Ravenholt, only small traces of heroin by-products were found in his body:

“There was some trace of morphine and codeine found in the kidney tissue. But the level of drugs in hisown tissues did not indicate that it was an overdose type of drug death.”

What then of the needle marks? Only one month before his death, Liston was briefly hospitalized. Davey Pearl theorized that the needle marks came from the IV he received at that time:

“He hated needles with a passion. A few times, you know, he’d start to get a runny nose, or something like that, a little cold, and I say, ‘C’mon Sonny, I’ll take you to the doctor.’ He wouldn’t go to the doctor.”

“Mr. Liston would not go for common shots, for colds, or flu, because he hated the needle to that extent. He was a strong healthy man, he was not depressed, he was not prone to suicide, certainly. I think Mr. Liston was killed.”

And old friend of Sonny’s, Lem Banker, felt that Sonny had messed with the wrong crowd:

“Yeah, I think Sonny Liston was murdered. I think that somebody promised him some sort of a deal. At that time, Sonny had no income. He was hanging around with the wrong crowd. And I told Sonny, I says, ‘Keep away from these people.’”

If Sonny Liston was murdered, why were there no signs of violence? Some believe that his drink was drugged, he was taken home, and then given the fatal injection. If this theory is true, why were such minute traces of chemicals found in his body? Even if he had committed suicide, why would he have injected himself with such a small dose of heroin?

To this day, Sonny Liston’s death remains shrouded in mystery. His wife, Geraldine, hopes her husband will be remembered for the kind of person he was, not for how he died: