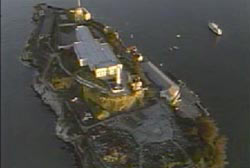 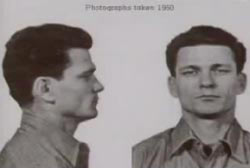 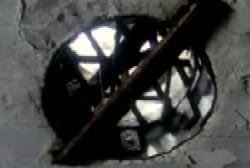 An air duct was used in escape

Alcatraz was among the most dreaded prisons in America, a fortress perched on a rocky Island in San Francisco Bay. The ice-cold, treacherous water of the bay was the best guarantee that nobody would successfully escape. And nobody did…until June 11, 1962.

That night, three men broke out of their cell house and vanished into the bay in a homemade raft. Frank Morris, the brilliant mastermind of the escape, as well as John Anglin and his brother Clarence were never seen again.

Authorities later discovered pieces of the raft. It had broken up at sea. The three convicts appeared to have swum for it. Did they make it? The debate continues.

Philip Bergen, Captain of the Guards at Alcatraz from 1946 to 1955, believes survival was impossible:

“If they went into the water they were drowned within thirty minutes. They succumbed to hypothermia and drowned.” 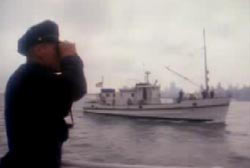 The prisoners were never found

But Patrick Mahoney, who ran the launch that traveled between Alcatraz and the mainland, has some doubts:

“I felt that they didn’t make it, but I thought we’d find a body. We didn’t find a body.”

In the many years that have passed since that June night in 1962, no one has reported seeing Frank Morris, John Anglin, or Clarence Anglin. They may have beaten the odds, and survived their escape from Alcatraz.

Don DeNevi, a Professor at Merritt College in Oakland, co-wrote a manuscript about the escape with Clarence Carnes, an Alcatraz inmate. Carnes arrived on the Rock when he was just eighteen years old and spent close to 20 years there. He was a close confidante of the three convicts who escaped. Don DeNevi put it this way:

“Carnes was the most important inmate on Alcatraz. He had gained the respect of virtually all the other inmates, because he knew how to keep his mouth shut. He was, in a sense, the godfather of Alcatraz.”

Carnes told DeNevi that the plot to escape began with an inmate named Allen West, who was assigned to paint the top tier and ceiling of the cellblock. 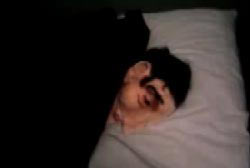 A dummy was used to fool guards

While working there, West discovered that with some hard work, he could probably get to the prison roof through the ceiling ventilation shaft.

The ventilation duct was constructed with crossbars inside. It was impossible to cut the bars or to squeeze past them. But West saw that if he cut the entire duct from its surrounding support and shoved the whole thing out, he could easily get to the roof.

West enlisted the help of John and Clarence Anglin, both convicted bank robbers, who had a history of escapes from other institutions. According to DeNevi, the Anglin brothers had some other useful skills:

The central figure in the plot was an inmate named Frank Morris. The former Captain of the Guards at Alcatraz, Philip Bergen, described him with some respect:

“He was the thinker. Anything connected with this escape, that had any real brains behind it, can be credited to Morris.”

Carnes had told Morris about a utility corridor that ran the length and the height of the cellblock. Heating and water pipes inside the corridor formed a makeshift ladder to the ventilation shaft. Morris believed that he and the others could dig through their cell walls to this hidden corridor during “music hour.” Bergen recalls this part of the daily routine on Alcatraz and explains how the escapees exploited it:

“In the early part of the evening, there was what they called a “music hour.” And anybody who had a string instrument could play. When that music is playing, it has an effect of deafening the officer who is making his inspections. The inmates that were digging were uh, just digging away.”

The Anglins, West, and Morris each carved a hole in the rear wall of their respective cells. West also used the time to craft false ventilation fronts to hide their work.

The convicts devised another brilliant ploy so that they wouldn’t be missed during head counts. Don Eberle, who headed the FBI investigation into the escape, described the ingenious deception:

“They decided that they would have to make dummy heads to be in their bunks, in case one of them was not in there when the guard would go by. This was at a time when the lights were turned low, and it would be difficult to recognize other than a face was in the bed.”

Inmate Leon “Whitey” Thompson was one of the many prisoners who helped the escapees:

“Morris asked me about how you mix flesh tone, ‘cause you see, I am an artist, I did, I did a lot of oil painting on Alcatraz. I begin to wonder, why is he so interested in flesh tone and then I begin to put it all together because uh, they needed a flesh tone color for the dummy heads.”

The dummies were made from soap, concrete powder, and stolen paint. One of the Anglins worked in the barbershop and swiped some hair to paste on the dummies’ heads for an extra touch of realism.

For eight months, Morris and the Anglin brothers left their cells at night to drill out the ventilation shaft and collect the items they needed for their escape. Clarence Carnes, who saw a lot during his 18 years on the Rock, was impressed by their effort:

In his manuscript, Clarence Carnes wrote, “… many times through the years I‘d met men who had tried to escape. But their flaw had been too little planning and being too hasty. They had not been thorough in their thinking, and that’s what defeated them. But not this time.”

For the guards on patrol during the Spring of 1962, the countdowns, the routines, the boredom, were no different than any other time. But many inmates knew differently. During the days, right under the gaze of their keepers, they helped the four escapees in their preparations. One of their most important jobs was secretly passing them raincoats.

Working in their cells at night, the four prisoners used the raincoats to make life preservers, which they then stashed in the escape tunnels. In a secret workspace, hidden by blankets, the Anglins and Morris took turns assembling a raft, also out of the pilfered raincoats.

The time to escape finally arrived.

Quietly, the prisoners left their cells for the last time. Immediately, they encountered their first problem…Allen West was unable to slip through the hole in his cell wall. The others were unwilling to wait. Allen West, the original instigator of the plan, was left behind.

Frank Morris and the Anglin brothers safely slipped their cells into the utility corridor. There, they climbed up the heating pipes to the ceiling, popped out the ventilation ducts they’d cut from the ceiling during the past eight months and made their way to the roof. Still undetected, they ran across the roof, and climbed down outside the prison. They headed toward the water.

One of the many challenges the escapees faced was how to inflate their huge raft. Frank Morris had come up with an ingenious idea. He had received a small accordion known as a concertina, for use during the daily music hour. Don Eberle, the FBI investigator, described how the instrument was used during the escape:

Ever so slowly, the raft began to fill. When it was ready, the three men pushed it into the water at the edge of Alcatraz and climbed on. Frank Morris, John Anglin, and Clarence Anglin had made it off the Rock.

Inside the prison, the dummy heads the prisoners had left behind in their cells fooled any guards that happened to look in. When the breakout was finally discovered, it triggered an extensive search, one of the largest manhunts ever. Patrick Mahoney, a former guard at Alcatraz, was among those who took part in the search:

“We were ordered to go out on the bay and of course, start looking around the island. And then over at Angel Island, scanning the beaches to see if anything that pertained to them might have washed up. It became evident that we weren’t going to find them. Whether they had made it or not, no one knew for sure.”

During the first 24 hours, the search teams came up empty-handed. Then, they began to find remnants of the escapees’ raft. In addition, a homemade oar was discovered floating between Alcatraz and Angel Island. This paddle matched one that the convicts had left behind in the cellblock.

Two days after the breakout, a rubber wrapped packet was also discovered floating near Angel Island. It contained an address book, 80 family photographs, and a money order that belonged to one of the escapees. Some, such as FBI investigator Don Eberle, began to doubt that the escapees had survived:

“Probably the earliest they could have gotten into the water would be 10:30. The outgoing tide started that night at ten o’clock. And that outgoing tide is very strong. And I firmly believe that they were taken by the currents into the Pacific Ocean.”

In addition, a Norwegian ship spotted a body floating 20 miles past the Golden Gate bridge on the day of the escape. Though unable to retrieve it, their description of it matched that of Frank Morris.

However, there is also some compelling evidence to suggest that at least one of the men survived. The day after the escape, a man claiming to be John Anglin called a San Francisco law firm known to represent Alcatraz inmates. Eugenia MacGowan was an attorney at the law firm. She took the call:

Alcatraz inmate Clarence Carnes claimed that a few weeks after the break, he received a post card from the escapees. In it, they gave the pre-arranged code words that confirmed their escape. The card read, “Gone fishing.”

Carnes believed that Morris and the Anglin brothers had help from the outside, arranged by a convict on the inside. He claimed that Ellsworth “Bumpy” Johnson, the underworld king of Harlem, had arranged for a boat to pick up the escapees. According to Carnes, the boat then took the convicts to Pier 13 in San Francisco’s Hunter’s Point district. Philip Bergen, the former Alcatraz Captain of Guards, doubts the story:

“My feeling is that’s just something that Carnes dreamed up and that there is not the slightest possibility there’s any truth in it.”

Allen West was interrogated repeatedly about Bumpy Johnson. He was also pressed to reveal any other contacts who might have helped the convicts. He denied that any existed. Fellow Alcatraz inmate Leon “Whitey” Thompson put it this way:

“West wouldn’t have copped out. West was people. He was solid people. To this day I don’t believe he ever told ‘em nothing.

The stories told by prisoners at Alcatraz did not impress the FBI investigators like Philip Bergen. He still believes that the men drowned within minutes of hitting the water:

“Now, of course, we never are cocksure enough to say, well, we know they’re dead, but we’re pretty sure that they’re dead, because there was no trace of them whatsoever. However, they’re still on the ‘missing’ list and not the ‘dead’ list.

Even though Alcatraz ceased prison operations many years ago, the infamous escape of June 1962, continues to puzzle investigators. In fact, over the years, thousands of leads have been investigated, but to no avail. Will this legendary case ever be solved? For now, the arrest warrants for the three fugitives remain active, and the search for answers goes on.